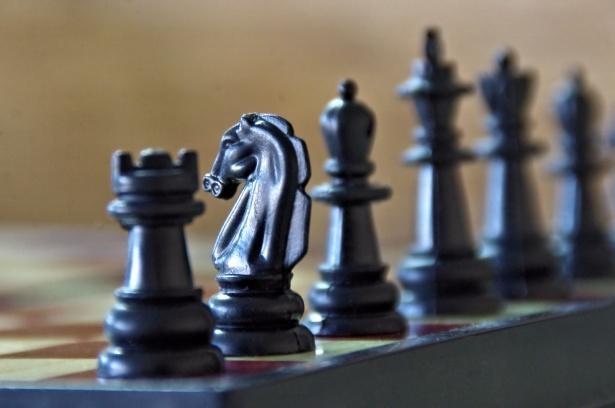 Developing a chess game can be a difficult task. This article shows how the implementation of a number of paradigms and services underpinned by Ada 2012 makes it possible to ease this task.

As part of the Ada trainings provided by Systerel, a number of exercises are proposed. Everything being very technical, these exercises also have a playful side as shown in the “chess game” example proposed within the framework of our training “Ada2012 - The keys”.

Through this article we will present some elements of what the Ada 2012 language brings to the development of such a chess game.

The code presented is the framework of the engine of a basic chess game (1200 ELO) and representing 2000 lines of code in Ada 2012. The GUI is provided by a client not presented here and provided during the training.

Only basic knowledge of chess game rules are necessary to follow this article.

Although this will not be presented in this article, the implementation also uses traits specific to the Ada 2012 language such as:

A chess game is a set of pieces of different types (pawn, bishop, etc.) but having common characteristics:

We therefore consider here that:

The class function Valid_To implements the rules common to all the pieces with respect to their movements:

Knowing that each part will have to implement its own function Move_Valid_To (the abstract above) to verify the validity of his movements.

Now we must define the pieces of our board:

With here for example:

The queen, the king, the rook, etc…

And populate the board:

Our chessboard being populated, it is enough to move a piece and the appropriate method to verify the validity of the movement of this will be called by redirect. 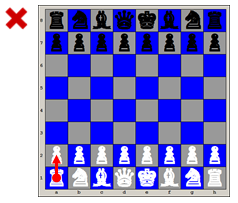 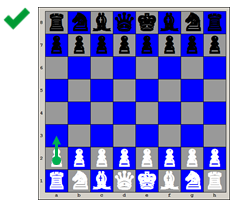 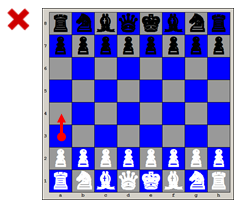 The AI of the game is implemented through a Mini-Max algorithm consisting in computing successively all the possible moves for each of the players. An evaluation function makes it possible to associate a value to a game situation for each move played. All of the possibilities will then create a tree of possible moves: 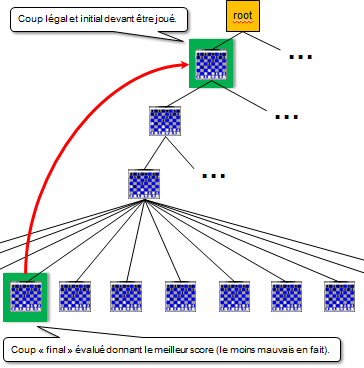 Imagined in 1928 by Von Neumann, the basic postulate of this algorithm is that the computer’s opponent will always play the best move possible.

However, this algorithm has two drawbacks:

A more efficient algorithm such as Alpha-Beta (or Alpha-Beta pruning) could have been implemented but in the context of the exercise it was decided to implement the simplest algorithm.

The move tree has been implemented using the new Ada 2012 container Ada.Containers.Multiway_Trees.

Each node in the tree contains the following information:

The construction of the tree and its browsing are done through the many services offered by the Ada.Containers.Multiway_Trees package.

The Ada 2012 language has brought new features such as:

Apart from semantic corrections or “aesthetic” improvements, and like its “predecessors”, Ada 2012 put particular emphasis on new features to guarantee safety and integrity of the applications developed while embracing new technologies like SMP.

Although the implementation presented here could have been developed in another language, the fact that it was carried out in Ada 2012 contributed to having a concise, legible and reliable source code.